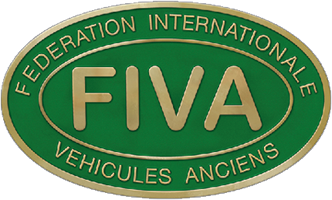 Castles & palaces in the Sauerland

Körtlinghausen Castle is beautifully embedded on the Glenne between Rüthen and Warstein in the Soest district. Like so many country castles in Westphalia, the baroque moated castle owes its existence to a heyday of aristocratic architecture in the first half of the 18th century. The baroque ensemble consists of the rectangular mansion with two side wings on the long side, the castle courtyard with a fountain and the privately used cavalier buildings. The administration and agriculture are located in the Northern front buildings.

After a long renovation phase, the baroque moated castle, which has belonged to the Barons von Fürstenberg since 1830, is now used as an event location for festive events and conferences. It also serves as a film set, as most recently in the movie “Happy Burnout”, which premiered in spring 2017 with Wotan Wilke Möhring in the lead role.

Between 1711 and 1723 the baroque palace complex was built under Ferdinand von Brenken and his wife Juliane von Westfalen above the idyllic Almetal. The noble family Von und zu Brenken is one of the most traditional families in Ostwestfalen-Lippe and still has its headquarters at Erpernburg Castle.

The extensive structural complex is complemented by a historic baroque garden and landscape park. To the South of the manor house, a two-tier terrace garden was placed in front of it, the shape of which is the only known example of a centrally symmetrical bed structure for Westphalia. Despite numerous redesigns and renovations, the basic structure of the complex was not significantly changed and is still preserved today in its basic baroque structure.

In the Southern Münsterland lies Hovestadt Castle on a loop of the Lippe, a jewel of the Lippe Renaissance. The renaissance castle is still owned by the family of the Count of Plettenberg-Lenhausen.

The large castle complex, completed in 1276 and later expanded, provided accommodation to a “Droste” and 20 castle men, including their families. It was destroyed and rebuilt in 1303 and 1346. Hovestadt Castle is considered the most important masterpiece by the builder Laurenz von Brachum. It was obviously planned as a four-wing system however, only the North and East wings were completed, at the intersection of which a three-storey pavilion tower with a curved hood and a lantern protrudes.

A castle was first mentioned in 1177 and belonged to the von Stromberg family. In 1419 it was sold to Heinrich III. von Wendt. The noble dynasty of the Wendt family had been wealthy in and around Lemgo since the 13th century and in the 15th century branched out into the Crassenstein, Holtfelder and Steinheimer lines. In 1535 the von Wendt zu Crassenstein family turned to the Reformation. Francis III. von Wendt zu Crassenstein, married to Anna von Ketteler zu Neu-Assen and Schulenburg, was probably the builder of the current castle.